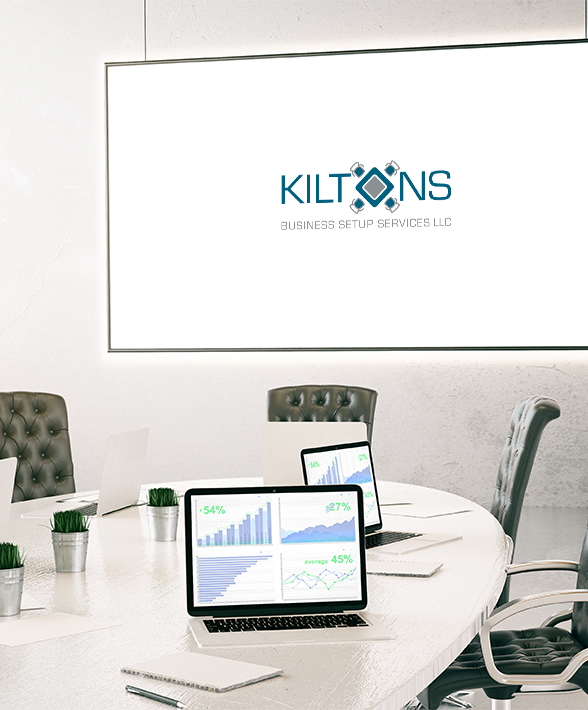 With more than 20 years of experience in offering business setup and related services in Dubai and UAE, Kiltons Business Setup Services is one of the most renowned and reliable business consultants in the region. Established in 1999, Kiltons has a unique recognition and reputation in the business domain of UAE.

Kiltons has assisted thousands of SMEs and big enterprises set up their business endeavours in Dubai and UAE irrespective of the type of jurisdiction – Mainland, Free zone or Offshore.

Decades of our experience in the field of Business Consultancy and extensive business contacts help fulfil your business dreams in a timely and organized way.We offer support and guidance to businesses in connection with the following.

Finding a “Ruling family sponsor” for the clients is our unique and prestigious service. We give predominant consideration for customer satisfaction. And therefore we value the time and money of the customer which are crucial aspects of business setup. Kiltons’ qualified and experienced business consultants take care of our clients. 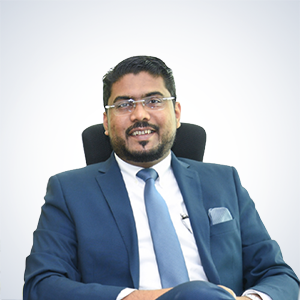 Business establishments irrespective of their type and size make good use of the business potential of UAE. Investors and entrepreneurs around the world consider UAE as a business haven due to multiple reasons like business-friendly policies, tax exemptions, financial stability and a strategic geographical location. Apart from the conventional Oil and Natural gas, sectors like Wholesale and retail trade, Financial activities, Tourism and Logistics, Real Estate sector and many others contribute towards the overall GDP of UAE.

Dubai has undergone a tremendous transformation into a world- renowned business and travel destination in a short duration of time maybe around 40 years. The remarkable will and forecast of the UAE Government in this regard is worth mentioning. Dubai is considered as a Gateway to Africa and the Middle-east and has a booming, diversified economy. The Emirate offers more than 30 Free zone jurisdictions to facilitate foreign investment and trade. UAE is fast- moving towards the concept of Green Economy to promote Sustainable development.

“Time is money” - I often quote this proverb in business meetings and other social gatherings to emphasize the importance of time. The same proverb comes in handy when it comes to Business set up.

Time is money and loss of time is simply a loss of money. Kiltons Business Setup Services assists investors and entrepreneurs in Company formation in Dubai and UAE. The time involved in accomplishing various official formalities varies with the type of license and it involves various other factors. The involvement of various government agencies and Ministries may delay or extend the time required for license issuance. Hence it’s always wise to entrust the job to someone who is experienced and knowledgeable in the field of Business Set up in UAE. Availing the business set up guidance and support from Kiltons helps you save the invaluable time and energy in facilitating your business dream in Dubai, UAE.

“Hamza Aboobeker shall be remembered for his bravery, indomitable spirit and explorer instincts. “

It was Mr.Hamza Aboobeker in1948 who illuminated the path for Kiltons in the UAE, prior to the formation of the Federation of Emirates. And the most surprising fact about his entry to the Emirates is that it was purely coincidental. The chronological representation of the events which are now part of history is reminiscent of an adventure-packed movie. It all started with the historic journey conducted by Hamza Aboobeker in 1948 to South Africa in a launch. Job-search was the motive behind the journey.

Hamza Aboobeker was into restaurant business before the India-Pakistan partition. Subsequent to the partition, Hamza Aboobeker returned to his motherland Ponnani in Kerala. It’s after his return that he planned for a journey to South Africa from Mumbai in search of a job. South Africa attained independence in 1961 and therefore was under the British rule in the late 1940s.

The journey commenced as per the schedule from Bombay (Mumbai), but due to very hostile weather condition, the launch was forced to pull back halfway.

The launch steered towards the nearest port Sharjah and was forced to anchor in Khor Fookan, Sharjah. Hamza Aboobeker called off the journey to South Africa and decided to explore Sharjah.

Sharjah was a well-known and established port during those times and was way ahead of Dubai. It was a time when travel documents were not mandatory to visit the Emirates, then Trucial States. Hamza Aboobeker began to explore Sharjah in search of a job and finally decided to set up a restaurant business.

The concept of a restaurant was alien to the people of Sharjah. Therefore, the restaurant which was set up by Hamza Aboobeker became the very first restaurant “BUSINESS SETUP” initiative in Sharjah. It was the time when the Kiltons’s flame was first lit in the Emirates. The first restaurant in Sharjah was named “Bismillah Hotel” in the period 1948-1949. The exact time of setting up the restaurant business is not known accurately due to lack of official documentation.

In the late 40s, the region was devoid of amenities like electricity and Air- conditioner. However, there existed refrigerators that worked on kerosene. One such refrigerator was used by Mr Hamza Aboobeker in the restaurant. The restaurant business flourished in a decade’s time.

In 1962, Abdulkadar Hamza - the son of Mr Hamza Aboobeker joined his father. Abdulkadar came to the Emirates at the young age of 13 and helped his father in accomplishing the restaurant chores. The teenager was entrusted with the operation and maintenance of the refrigerator that worked on kerosene. The young Abdulkadar also offered a helping hand in serving the meals.

As the educational status of Abdulkadar was incomplete, his father helped him pursue a part-time job under the UAE army. (under British control) Impressed with the hard work and honesty of Abdulkadar, the defence officials decided to offer him formal school education. Abdulkadar discontinued his job in father’s restaurant and successfully completed the formal education in UAE.

After the completion of formal school education, the British officials decided to send Abdulkadar to Germany to pursue a diploma course in Maintenance and Operation of Military equipment. He also got the opportunity to complete Typewriter Maintenance and Repair course from Italy based world-renowned typewriter manufacturer “Olivetti”.

After the successful completion of both the courses from Germany, Abdulkadar returned to the UAE and undertook employment in the UAE army. He held double designations - of an “Army Intelligence Officer” and “Army Officer” in the same period of service which was considered as a rare scenario.

A Good Service Certificate was awarded to Mr. Abdulkadar by the Dubai ruler and UAE Defense Minister His Highness Sheikh Mohammed bin Rashid Al Maktoum in the final phase of his service. Abdulkadar retired after extending his valuable service to the UAE army for 31 years.

It’s after the retirement that Abdulkadar made his entry to the service-oriented sector – Business Setup Consultancy. Kiltons Business Setup Services was founded in 1999 in Sharjah. During the initial years, Kiltons’s operations and services were confined to the Emirate of Sharjah alone.

In the year 2000, Riyaz Kilton – the son of Mr.Abdulkadar accompanied his father in the field of business consultancy. In the later years, Kiltons diversified into other Emirates of the UAE and established the head office in Dubai. The Sharjah office continued to operate as a branch office.

At present, Kiltons Business Consultancy operations in the UAE are executed under the leadership and guidance of Mr. Riyaz Kilton. Riyaz Kilton is the present convenor of the International Promoters Association (IPA), an organization of the Indian business community. He is also a member of the Board of Directors of International Promoters Association.

Moreover, Riyaz Kilton holds a prestigious post of being the Vice President of United PRO associations – an association of entrepreneurs that offers PRO documents clearing services and business setups in the UAE.

Riyaz is also involved in various social activities both in the Emirates and Kerala, India. Riyaz runs an NGO named Hope Child Cancer Care Foundation in Kerala and UAE that assists families combat childhood cancer. Riyaz Kilton is a member of the Board of Directors of this charitable organization and its corporate office is located in the UAE. He lives in Dubai with his mother, wife and three children.

To become the most preferred business consultant for investors, entrepreneurs and business professionals around the globe who wish to set up a business initiative by leveraging the UAE market.

To assist and guide our clients in realizing their business goals in UAE and establish a long-term professional rapport. Our priority is to serve as an effective mentor for the business clients by making good use of our two decades of business set up experience and extensive business contacts in the UAE.

We regard the client testimonial as a treasured token of appreciation that signifies our value as a Business Setup service provider. As you all know credible testimonials build “Trust” – one of the core business virtues that we cherish.

My Martial Arts Institute named Babu Antony School of Martial Arts is originally based in Houston, US. I had plans to open up branches for the institute in the UAE, specifically in Dubai and Sharjah. So I decided to entrust the job to a professional consultancy. And that’s how I came to know about Kiltons, one of the best in the business. The entire task was assigned to Kiltons. I had nothing to worry about as Kiltons consultants took the responsibility of the entire formalities concerning both the Emirates. With Kiltons support, the branch incorporation task was completed well before the anticipated time. Thank you guys...

Ours is the No.1 seafood supply chain in the UAE. We operate in Abu Dhabi, Ajman and Dubai. Kiltons displayed a professional and punctual approach in helping us acquire important approvals from the Food Control Department.

We had entrusted the entire company formation procedures and group visa tasks connected to the employees to KIltons Business Setup Services. Kiltons accomplished the tasks as per the schedule. Our entire PRO works are managed by Kiltons. I have to admit that KIltons consultants have a very committed and professional approach. Keep up the spirit..!!

In the past two decades, Kiltons has served clients from a wide range of business domains. We have provided Business setup related services in the Emirates to investors around the world, from sole proprietorship firms to big business houses and industrial concerns. 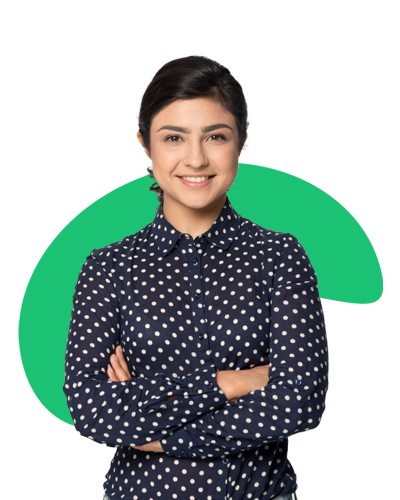 START A BUSINESS . BECOME AN ENTREPRENEUR